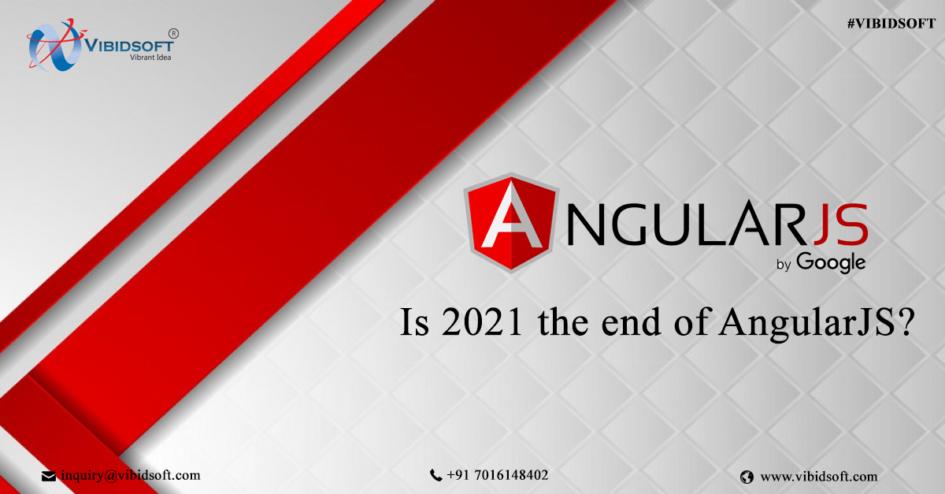 AngularJS is a JavaScript-based open-source front-end web framework mainly maintained by Google and by a community of people and corporations to deal with many of the challenges encountered in developing single-page applications. Angular is its successor and uses equivalent philosophies like declarative templates and dependency injection.

To develop web applications AngularJS is the stable framework and utilized by number of developer around the globe. The usage of Angular is also expanding faster than Angular JS and new releases have been introduced and are planned to release in upcoming years.

Currently there are number of developers are out there using AngularJS and it’s been complex task for everyone to perform immediate migration process.

In 2018, they announced that the major releases will be ceased after the release of AngularJS version 1.7. Currently it’s under LONG TERM SUPPORT (LTS) period so, there will not be any kind of new major releases. The team of Angular JS totally focus on publishing patch releases, 1.7.1, 1.7.2 etc. These release only include non-breaking change features and fixes to the framework. So their existing users do not have to face any security concern or other bug issues.

That means that there’ll be no more releases of AngularJS: so no more features. This does not denote that you must cease utilizing AngularJS: it will resume to work for you as it does now.

All AngularJS applications that work now will resume work in the future. AngularJS has not received many new features within the last year approximately. It is a very sophisticated and consistent product. As a consequence of that and the many projects using it in production, the vast majority of bugs have been identified and fixed. Therefore it’s unlikely that new bugs are going to be discovered during and after the LTS period. Nor does it mean that you simply must upgrade to Angular: indeed many projects will never upgrade; they simply work as they are and do not need to be modified to use Angular. If you’re actively developing your application, and you identify that AngularJS won’t support your current or future requirements then that might be a honest time to consider upgrading to Angular.

If you’re planning to migrate from AngularJS, kindly contact Vibidsoft as they have in-house team of expertise who can help you to do so. You can shoot an email to [email protected]